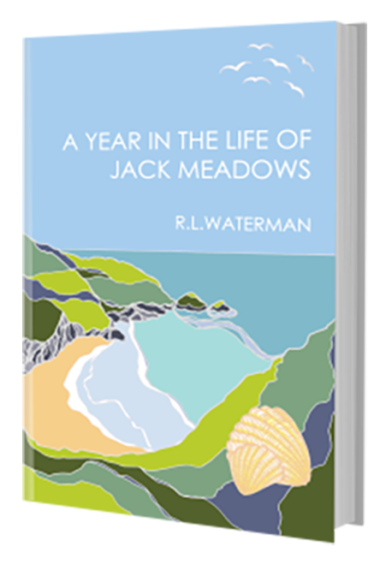 Hello, and welcome to my website. Thank you for coming to find out a little more about me and my novels.

My name is Rebecca, and I’ve loved reading and writing since I was knee-high to a grasshopper and penning my first masterpiece, ‘The Dragen who Ate Mens Botems.’ Sadly that work didn’t quite make it to publication (perhaps it deserves a revisit).

My first (real) novel, A Year in the Life of Jack Meadows, was released in 2017. Later that same year I moved to pastures new, trading in the New Forest in England for the red soil of Uganda with my husband, Dave, an engineer working with the world’s largest humanitarian airline, Mission Aviation Fellowship. 2021 saw us relocate again to West Africa and the beautiful country of Liberia.

I find inspiration for writing amidst life in very different cultures and climates, and look forward to releasing more of my work in the near future. Stay posted for more information.

A truly enjoyable and emotional read! I wish I could go into depth about the beautiful characters and their wonderful tales and lives, but I do not wish to provide any spoilers for those wanting to read this book! As I approached the final hundred pages or so, the book’s raw emotional storyline had grabbed me, and I felt I was there with Jack; like I was one of the characters myself. I greatly applaud the author’s vision behind this beautiful story.

Just finished reading ‘A year in the life of Jack Meadows’ on holiday and it was so captivating I could not put it down! Wonderfully created characters that whisk you away on an adventure. A fantastic book where you forget you are reading and become completely immersed in the world of Jack & Tom! Beautifully written with an exquisite eye for detail. I would whole heartily recommend to a friend! Congratulations R.L Waterman can’t wait for the next book!

Jack Meadows was born on a Christmas Day. His mother held the speck of a child close to her face, promising with a whisper to care for this special son with her every breath. Jack’s father stood proudly by, removing the dust from his eye.

Jack’s father and mother, having met uncommonly late in life at eight months, ten days, and seven months, thirty days respectively, were past nine months of age on that happy Christmas day.

They would not be around to see Jack reach the established milestone of adulthood at two months and ten days.

They would never see their son fall in love and father grandchildren for them to hold proudly in their arms.

They would only guess at the life Jack would lead, yet even in guessing, Jack’s mother knew by some parental sixth sense that her son was destined to be different.

Their thoughts passed in the flicker of a glance. Meanwhile, I was more than a mile away, treating myself to a final glass of red wine beside the Christmas tree, unaware of anything besides myself and the disappointing day that never quite lived up to its hype.

The night was dark and sounded wet and windy beyond the protective barrier of double glazing that kept my slippered toes toasty. My own parents had long since retreated to the comfort of their bed. I sat, brooding over my future and thoughts of what I could, and should, accomplish. Looking back on that night with the wonderful gift of hindsight, I can see that my musings were rather more selfish than those of Jack’s parents, though perhaps they can be excused by circumstance. It was, after all, now half a year since I had finished my prestigious university degree and still I remained jobless and penniless, forced to return to the small Cornish cottage of my parents to scrounge off their generosity and try to forget the immense heap of debt my studies had dropped me in. The path of my life, so meticulously planned, was closer akin to a tangle of spaghetti than the straightforward route I had dreamed into being.